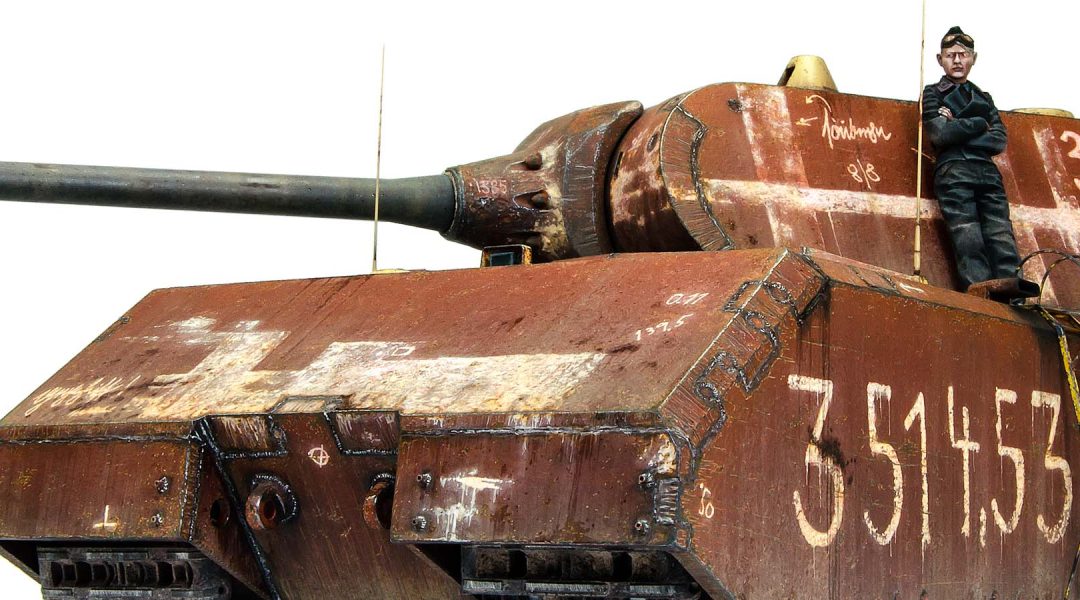 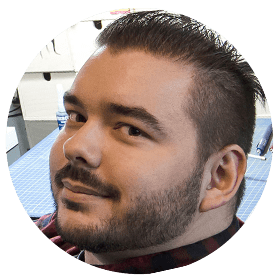 When did you start modelling?
I was 5 when I got my first model as a Christ- mas gift. I think it was the famous Santa Maria from Revell. My dad built it, my mom put a bit of paint on it and I had the luxury of enjoying the finished model. After this point, I built dozens of small scale warships and airplanes – anything I could find at my local toy store. As with most kids, my models were very ugly, without any cleaning up or actually painting them.
Later, when I was probably around 7, I found a big range of cars and trucks roughly in 1/48 scale from the Czech company MontiSystem. They didn’t require any paint or glue. This was perfect for me, as I had a nice colorful model built in a few moments, this plus their wheels were moving on metal axles, so I could play with them.
It was only when I was 12 that I discovered the world of armour models. One of my classmates told me he built a “tank” (which was actually a M110A2 howitzer from Italeri) and the look of this model enchanted me. I visited a decent hobby shop and bought my first tank, a Leop- ard 1A5 from Italeri. Because I was already familiar with plastic models, I built it pretty quickly and very soon bought another kit, KV-1 from Tamiya. I put these two in my first diorama with KV-1 trying to ambush the Leo, now that was a what-if scenario!

What is your favourite subject?
My one and only passion that has been tested over the years remains 1/35 armor. I tried sculpting sci-fi monsters, workable wooden models, plastic airplanes and submarines, but always found myself abandoning these projects. My choice of subject varies depending on external factors like model releases, modern conflicts etc. When war in Syria began, it was all about tanks fighting there. Then, it was WW1 because of the 100th anniversary releases from renowned companies. I was always attracted to obscure and less popular vehicles from WW2 and the Cold War era. That’s probably why I hadn’t built a Tiger or Panther yet

When it comes to painting and weathering, which paints do you prefer: acrylics, oils or enamels?
As with most modellers, acrylics are my #1 choice for painting basecoats and details. But I also like utilizing them for weathering, for example dust tones, rainmarks, chipping or even mud. A basic range of oil paints from the art store is all that a modeller needs for a decent model. Therefore I love working with oils, but as a time saving measure, I also use enamels regularly as they dry quicker but also open new possibilities

What is your favourite technique?
Chipping. It’s hilarious because a few years back there was nothing I could hate more, the results were never satisfying. But as they say, practice makes perfect, I learned how to work with chipping and now it’s my most enjoyable technique. There’s nothing better for me than slowly chipping a model listening to an audiobook and having a cup of coffee. I can spend 3 months chipping one tank without hating myself

When finishing a model does it have to be ultra realistic or can you appreciate some artistic freedom?
For me it starts with the construction stage which should be pretty detailed as it opens up new possibilities while painting the model. Possibilities such as damaged fenders, bulky weld seams and rough armour textures etc. I also like to correct kit mistakes, so the tank looks more like the real thing. I would almost call myself a rivet counter, but from time to time, a nice OOTB build can be relaxing although I usually don’t finish these projects as I don’t value them so much. Funny!
As for the paintjob, I never consider my models realistic. They are made to look interesting, especially in photos so the viewer can always find something to look at. I base most effects I make on real reference but I usually exagerrate them so they look PLAUSIBLE, not REALISTIC. In a nutshell, I take what I like from real world, modify and manipulate it so it looks good and put it on my model. But everything should be based on some sort of reference material.

We use cookies to personalise content and ads, to provide social media features and to analyse our traffic. We also share information about your use of our site with our social media, advertising and analytics partners who may combine it with other information that you've provided to them or that they've collected from your use of their services. It is possible to change/withdraw the consent at any time. Check Cookies Privacy here.

This website uses cookies to improve your experience while you navigate through the website. Out of these cookies, the cookies that are categorized as necessary are stored on your browser as they are essential for the working of basic functionalities of the website. We also use third-party cookies that help us analyze and understand how you use this website. These cookies will be stored in your browser only with your consent. You also have the option to opt-out of these cookies. But opting out of some of these cookies may have an effect on your browsing experience.
Esta tienda web utiliza cookies para mejorar su experiencia mientras navega por el sitio web. De estas cookies, las que se clasifican como necesarias se almacenan en su navegador, ya que son esenciales para el funcionamiento de las funcionalidades básicas del sitio web. También utilizamos cookies de terceros que nos ayudan a analizar y comprender cómo utiliza este sitio web. Estas cookies se almacenarán en su navegador solo con su consentimiento. También tiene la opción de optar por no instalar estas cookies. Pero la exclusión voluntaria de algunas de estas cookies puede tener un efecto en su experiencia de navegación.
Necessary Always Enabled
Necessary cookies are absolutely essential for the website to function properly. These cookies ensure basic functionalities and security features of the website, anonymously.
Others
Other uncategorized cookies are those that are being analyzed and have not been classified into a category as yet.
Advertisement
Advertisement cookies are used to provide visitors with relevant ads and marketing campaigns. These cookies track visitors across websites and collect information to provide customized ads.
Analytics
Analytical cookies are used to understand how visitors interact with the website. These cookies help provide information on metrics the number of visitors, bounce rate, traffic source, etc.
Functional
Functional cookies help to perform certain functionalities like sharing the content of the website on social media platforms, collect feedbacks, and other third-party features.
Save & Accept